Match Group (NASDAQ:MTCH) would be a perfect candidate for one of its online dating apps. It apparently can’t bear the thought of being single.

The owner of Tinder, OKCupid, Hinge, and of course its own namesake dating site, Match is about to be spun off from tech holding company IAC/InterActiveCorp, which routinely incubates businesses and then sets them free. However, Bloomberg reports Match has already approached Meet Group (NASDAQ:MEET) about being acquired. Sometimes being alone can be frightening. 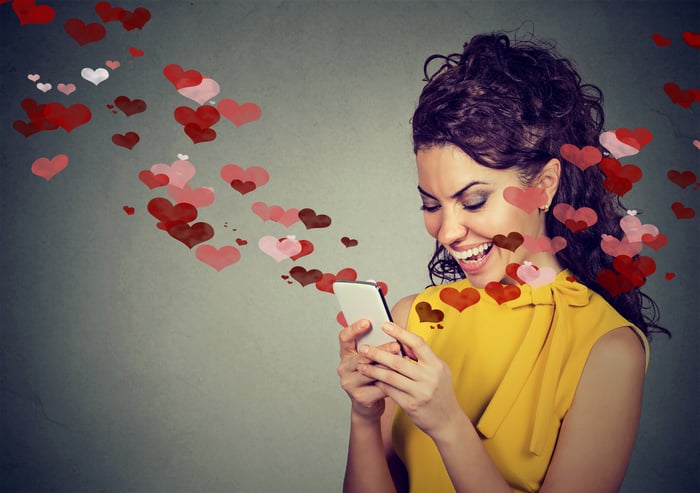 Plenty of fish in the sea

Although Match is the biggest dating site, the entrance of Facebook onto the scene has changed the dynamic. While there’s no guarantee the social networking site will be successful, some of the remaining dating companies are looking to hook up to counter it. Bumble owner MagicLab sold a majority stake in its business to Blackstone Group while Match itself has acquired some 25 companies over the years.

There have been concerns about how Match would handle single life. IAC is dumping about $1.7 billion in debt on the dating site, which would be added to the $1.6 billion it already carries. And when it reported earnings earlier this week, it fell short of expectations and blamed Apple making it easier to cancel a subscription — essentially swiping left on the app, if you will.

Fourth quarter revenue was up 20% year over year to $547 million, but that was below forecasts of $553 million, and it said first quarter revenue would come in between $545 million and $555 million, lower than Wall Street’s $562 million projection.

Match Group’s stock was up over 7% on the takeover rumor.