Thousands of Indonesian students have clashed with police while protesting a controversial new draft law that would significantly change the country’s penal code and, among other changes, would criminalize sex outside of marriage.

Protesters have gathered around the country since Monday against the proposed new criminal code which was finalized in parliament on September 15. Parliament was scheduled to vote on the new law on Tuesday, but the vote has since been delayed.

The country’s Criminal Code was developed in 1946 and was based on Dutch colonial law. According to the Guardian, there are over 18 changes to the law that have sparked the controversy, but students are particularly concerned about the government trying to control their private lives.

The most controversial laws include banning sex outside of marriage and prohibiting unmarried couples from cohabitating.

The bill also discusses sex education, contraception, and proposes a four-year prison sentence for abortions performed outside the law. Critics say the new changes would also make it a crime to be gay, and may limit human rights and restrict freedom of speech.

According to Reuters, students say they’re also against changes to a law concerning the country’s anti-corruption watchdog Corruption Eradication Commission, also known by its initials KPK. The words “RIP KPK” were scribbled by protesters on walls near the country’s parliament, Reuters said.

Read more: Indonesia is spending $33 billion to move its capital from a sinking city to an island where forests have been burning

Police fired tear gas and water cannons at students to break up rallies on Tuesday in Jakarta, with over 300 people injured.

On Wednesday, police again shot multiple tear gas rounds at thousands of students, some of whom were throwing stones and setting fires in the capital. Confrontations between police and protesters also occurred in other cities, including Padang, Palu, Garut and Bogor, according to the Associated Press.

Scroll below to see some of the photos from Wednesday’s clashes.

Students clashed with police in Jakarta on September 25. 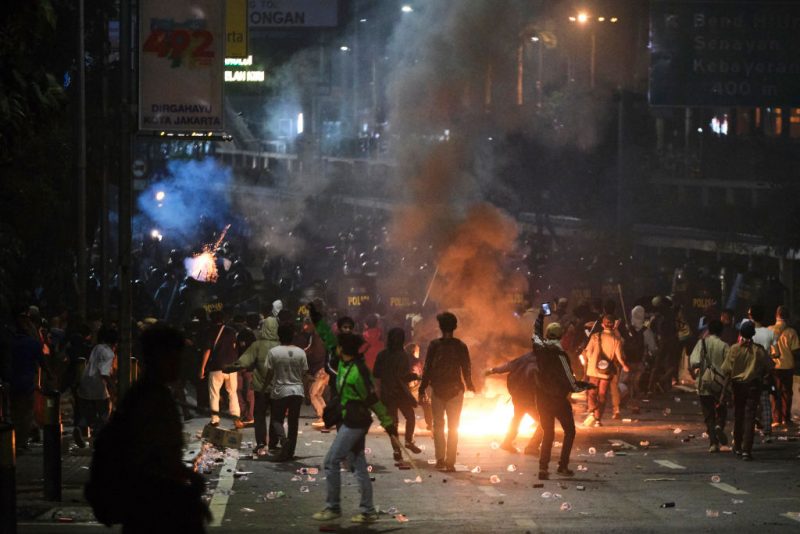 According to the AP, the protests are not associated with any singular group and are led by students. This style of protest has drawn comparisons to pro-democracy protests in Hong Kong. 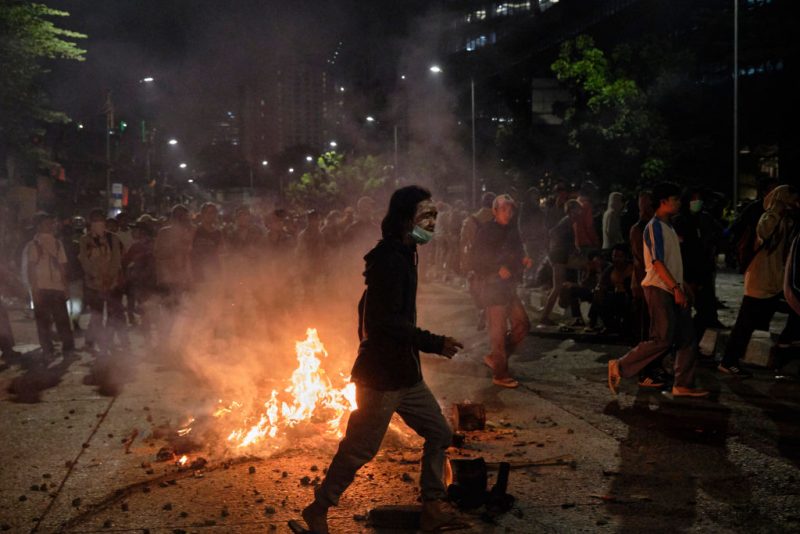 And burned a police station near the Indonesian parliament building. 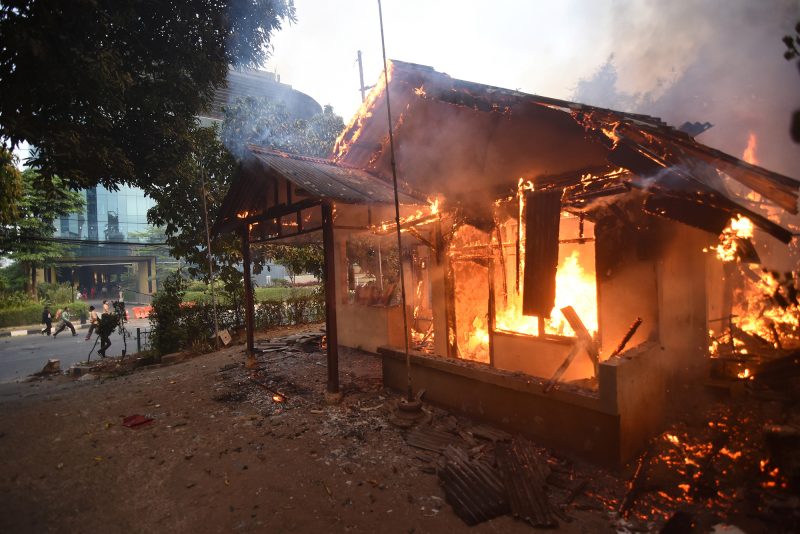 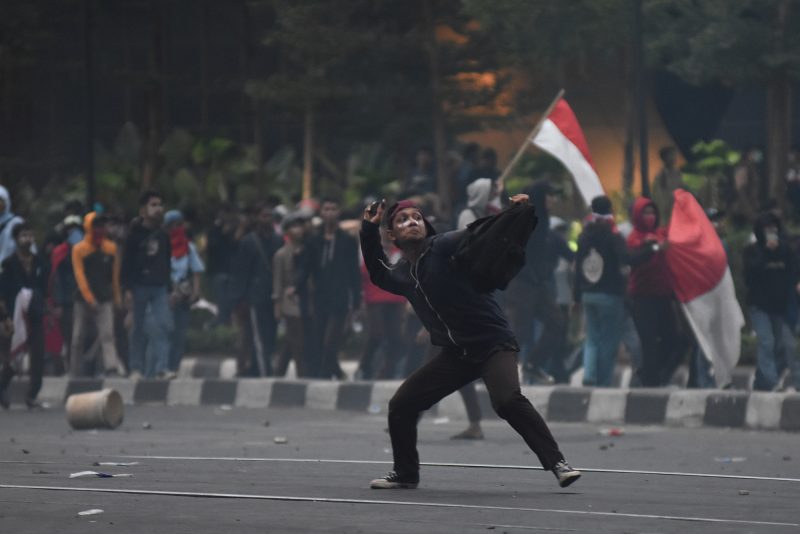 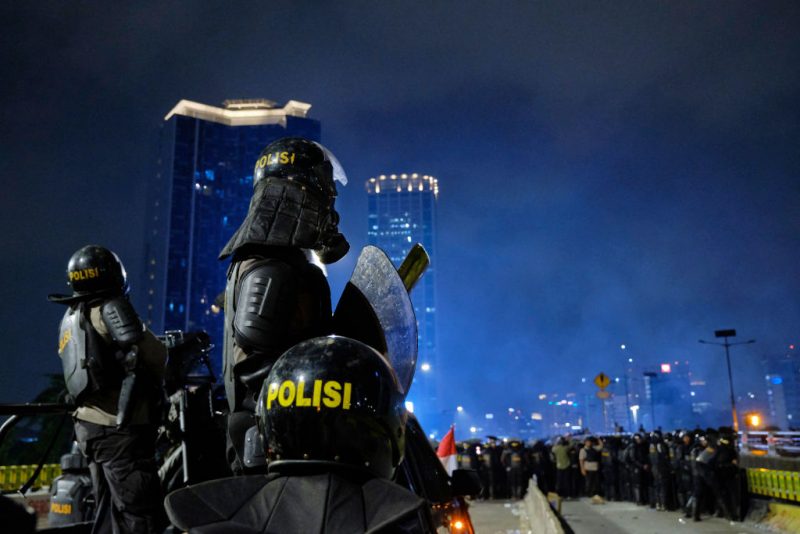 And fired tear gas at crowds to disperse them. 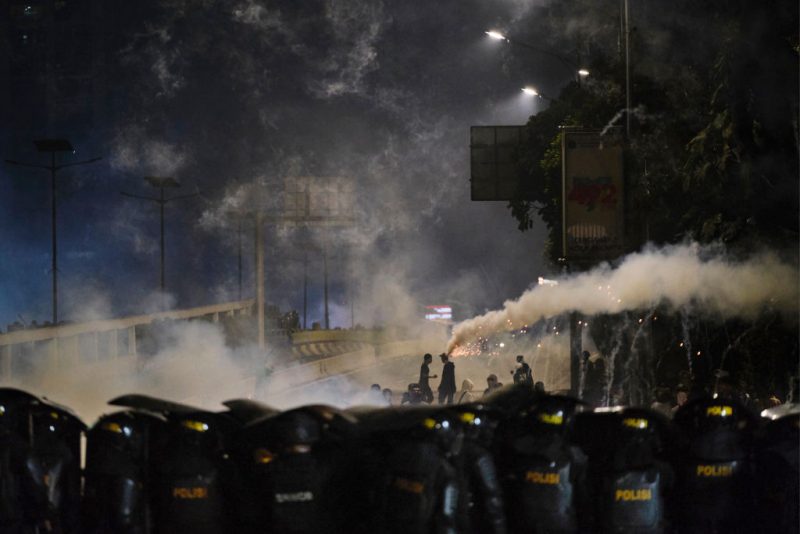 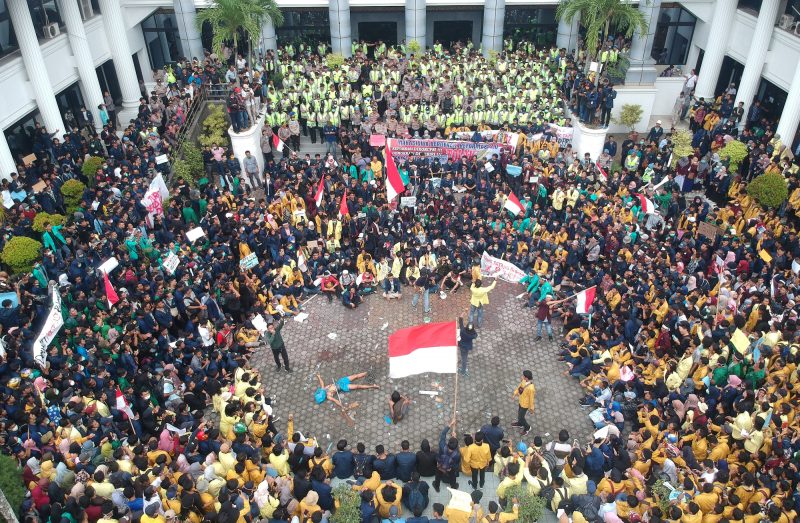