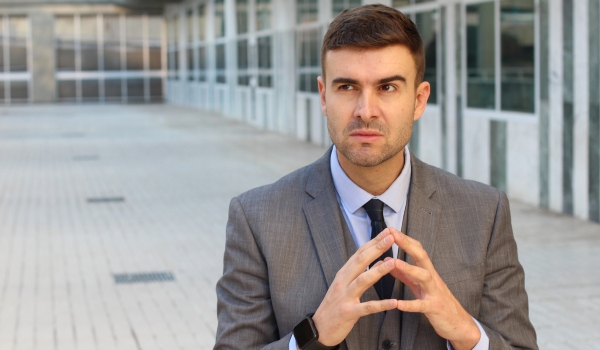 Doing things ironically or because you’re trolling doesn’t make them any less shitty. Ironic racism and sexism is still racism and sexism. You can roll your eyes while you fuck a goat, but you’re still balls-deep in an ungulate.

Now I don’t think it’s much of a mystery where Tom’s gotten some of these ideas. I can all but guarantee you that if you were to look at his Internet history, you’d be seeing a whole lot of Red Pill, alt-right and alt-lite websites and YouTube channels. It may have started off as “I only like these for the memes”, but as we’ve seen: outrage powers the Internet and the algorithms that power Facebook, YouTube, and other social media sites love to show you how deep the radicalizing rabbit hole goes. Even if these beliefs are looked down on in your culture, the confirmation bias and feeling that “oh THESE people understand” spoke to his inner desire to believe that everyone is as edgy and bitter as he is.

So look, the fact that Tom’s been doing this consistently for what seems to be his whole life makes his descent into being a hateful shitbird more or less inevitable. Doubly so because there haven’t been any meaningful consequences for him yet. Especially consequences for his actions that he can see as being the results of his behavior.

I mean, let’s look at the way he’s driving women off. He doesn’t make the connection between his shitty attitude and the fact that, frankly, women don’t want to have anything to do with him. But I don’t think the problem is a lack of empathy so much as an unwillingness to look at anything other than his own interests. It has less to do with being willing to empathize with others and more than he’s stewing in a vat of his own entitlement and shitty attitude. Since women are ghosting him — and honestly I can’t blame them — he isn’t getting the news that hey, act like a jerk, get dumped with a quickness. Instead, he gets to make up his own self-serving reasons. Reasons which, let’s be real, just serve to justify is own continuing shittiness.

I think you’re right: I think his current attempt at a relationship is going to end badly. And just between you, me and everyone reading this: I’d put some serious thought into warning this poor woman about what she’s about to get into. It may suck for Tom to get ghosted AGAIN, but this way it won’t come at the cost of an international flight and the pressure of going through with a relationship that’s just every different kind of bad news.

The only thing that’s really going to help him is a moment of stunning self-awareness. Possibly aided by the firm application of The Chair Leg of Truth upside his head. And as much as I hate to say this: if you want to see him change, then you’re probably going to have to be the one to wield it. Calling him out on his bullshit is only the start; you have to keep at it and refuse to let him off the hook. When he starts to make his “well I was just joking” excuses, then you have to lean into it. Ask him to explain it. “OK so what’s the joke? What’s the punchline. How was this funny?” The same goes for when he goes off about how #MeToo ruined things (it didn’t): how, exactly, did these women tear someone down? Who’s actually faced real consequences from it? How many people have lost their jobs or become destitute because of it?

You’re going to go through life thinking that girls don’t like you because you’re a nerd. And I want you to know, from the bottom of my heart, that that won’t be true. It’ll be because you’re an asshole.

Calling him out, telling him that you’re not willing to put up with it or have him express such things in your presence is important — both for your own emotional health and to make him recognize that he doesn’t get a free pass just because “he’s only joking”. And if he keeps up with it? Then I think you’d be better off being one more in a string of people who’ve left him in the dirt.

But, straight talk: fixing him IS NOT YOUR RESPONSIBILITY. It’s not on you to make him a better person, especially when he’s devoted this much of his life to being an asshole. It’s admirable that you care and want to try to fix things but that requires him wanting to be fixed and being willing to put in the work himself. And honestly, not only does he not want to be fixed, he doesn’t think there’s a problem in the first place. And as much as you’ve been exempt from his bullshit, it’s really only a matter of time before he decides you’re as bad as the rest of those evil wimminzes.

Will any of this change his mind? No, probably not. Folks who feel this way tend to have an extensive series of emotional defense mechanisms that keep them from ever admitting the truth. But it will, at the very least, put him in the uncomfortable position of having to recognize how very shallow his beliefs are and how little people are willing to put up with it.

Maybe the knowledge that being a shit has cost him relationships, including a friend who’s been with him since childhood, might — might — make him think twice.

I want to have casual sex with women, but it feels like there’s no way a guy can communicate this without being seen as creepy, shamed, or demonized.

Ask her off the bat? “Eww, too forward!”
Ask her after getting to know her? “I don’t see you like that!” followed by all future interactions being tainted and her likely telling anyone we know I’m creepy.
Ask her after sex is on the table or we’ve already had sex? “You are awful, leading me on like that!”

So what are we supposed to do? It’s not like we can read women’s minds and know exactly what they want. How do I get to the point where we can just communicate like adults, and she can say “no thanks” instead of demonizing me for having different desires than her?

To clarify, I’m not looking for something that works 100% on all women at all times, I’m trying to not be seen as evil just for stepping over an invisible line I had no way of knowing even existed.

No Strings On Me

The answer is pretty simple: you look for folks who want something casual. There are plenty of folks on dating apps who are looking for short term relationships or don’t want anything serious. Similarly, being up front about what you are and aren’t up for makes it easier for the folks looking for some no-strings, casual fun to find you.

But before you do that, I think you need to take a moment and stop anticipating fights that haven’t actually happened. You give me a list of things you expect to happen or imagine happening… but not experiences you’ve actually had. You’re coming to this under the assumption that you’re going to end up in trouble for wanting a casual hook-up and that’s going to color the way you interact with people and ultimately drive them off.

The thing to keep in mind is that lots of women would be up for a casual hook-up; it’s just that most of the time it’s not worth it for them because the guys who are also looking for casual sex are likely to call them sluts and whores for having the same sex that they wanted. Women are much more interested in sleeping with a guy who’s discrete, polite, safe and non-judgemental. That’s a guy who’s far more likely to care about their pleasure and fulfilment and not be an asshole to them immediately afterwards.

So if you want to start finding folks who are down for a one night stand or a fuckbuddy relationship, start by coming to it from a place of collaboration. Here’s what you’re into and what you bring to the table, here’s what they’re looking for and what they bring, what happens when the two of you put those things together? Once you can get into that mindset, then it’s time to start looking around on OKCupid or Tinder or FetLife and seeing who’s around and who’s down to get down.

Previously published on doctornerdlove.com and is republished here under permission.
—