The man who killed backpacker Grace Millane was unable to meet the eyes of her mother as he was sentenced to life in prison in a New Zealand court,according to the BBC.

Gillian Millane held up a picture of Grace’s family as she spoke via video link to the 28-year-old man, telling him that he “ripped a hole” in her heart that could “never be repaired.”

The man, who has not been named in the media because of a legal suppression order, did not look up at the screen as he listened to the anguished woman’s words, according to the BBC.

Instead, he held his head in his hands.

He was convicted of Grace Millane’s killing on November 22 2019, nearly a year after the two went on a Tinder date which ended in him strangling Millane to death in a hotel room in Auckland.

The next day would have been her 22nd birthday.

“I would have done anything to change places with her.”
Grace Millane’s mum confronts the man who killed her daughter via video-link in court.
More here:https://t.co/URqAYwXc6Mpic.twitter.com/rT7blUlVvS

During the man’s sentencing at Auckland High Court on Friday, her family gathered at their home in Essex, in the southeast of the UK.

“On a daily basis, I torment myself over what you did to my Grace, the terror and pain she must have experienced at your hands,” she said.

“As a mother, I would have done anything to change places with her. I feel full of guilt knowing I couldn’t help her, that I should have been there. She died terrified and alone in a room with you.

“You have ripped a hole in my heart, one that will never be repaired. You walked into our lives and destroyed Grace in the pursuit of your own sexual gratification. Now my family will never be the same.”

She held back tears as she spoke. 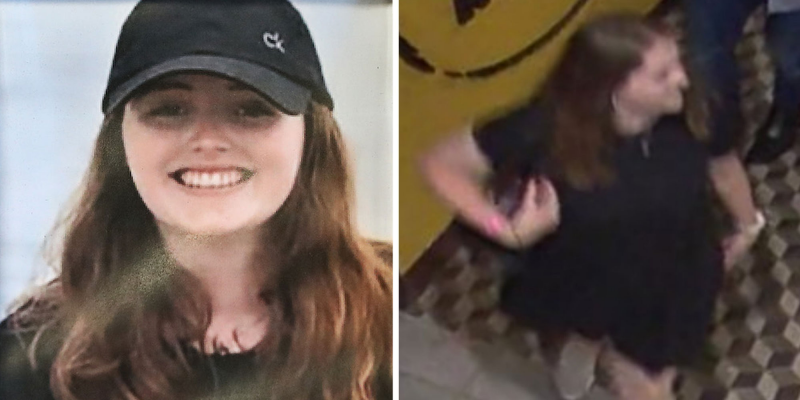 Foto: A composite image of a photograph of Grace Millane and a still from security footage showing her in Auckland, New Zealand, on the night she disappeared.sourceMillane Family/Auckland Police

Millane, a recent university graduate, was two weeks into a backpacking tour of New Zealand in 2018 when she met the man on Tinder and went for burgers and cocktails with him. They then went to a hotel.

There, he strangled her to death during sex. With her body still in the room, the man browsed pornography and went back on Tinder to arrange a date for the next night, prosecutors said during the trial.

The killer packed Grace’s body inside a large suitcase and buried it outside the city,according to the BBC. Her body was foundby New Zealand police on a road outside of Auckland eight days later.

The man, who pleaded not guilty, argued in his defense that Millane’s death was an accident which took place during consensual choking.

He claimed during a police interview screened on Sky News that he had almost called 911, but didn’t, because he “was scared of how bad it looked”.

But the court did not accept his version of events. During his sentencing on Friday, Justice Simon Moore emphasized that he had been in “a position of total physical dominance”. According to The Guardian, he called the killing “cold-blooded,” “callous,” and “depraved.” 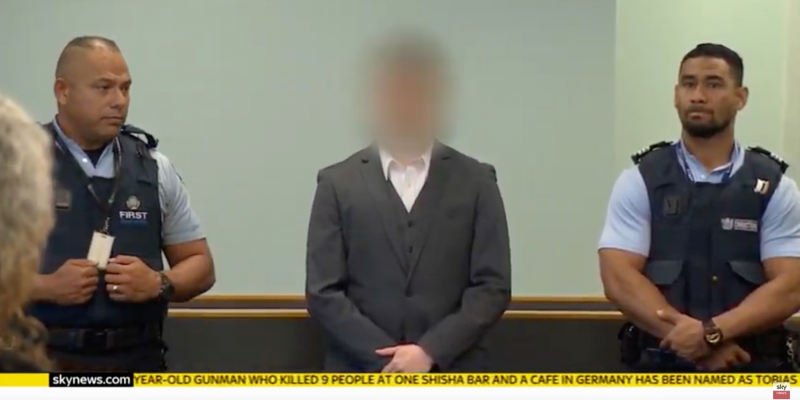 After the sentencing, Auckland police detective inspector Scott Beard said outside the courtroom that the attempted so-called “rough sex” defence “repetitively re-victimises the victim and the victim’s family.”

“Strangling someone for five to 10 minutes until they die is not rough sex,” he added.

The man, described as a pathological liar, will go through intensive rehabilitation, reported The Guardian. But Justice Moore said he would not consider a sentence of less than 17 years – one of the longest in New Zealand history, according to Sky News.

Addressing the killer in court, the judge said: “You were engaged in the most personal and intimate of human activity. You are a large and powerful man. She was diminutive. […] In those circumstances, Ms Millane was particularly vulnerable. You were in a position of total physical dominance.”

Acknowledging the international impact of the case, New Zealand prime minister Ardern apologised to the familyin 2018, saying: “Your daughter should have been safe here and she wasn’t, and I’m sorry for that.”